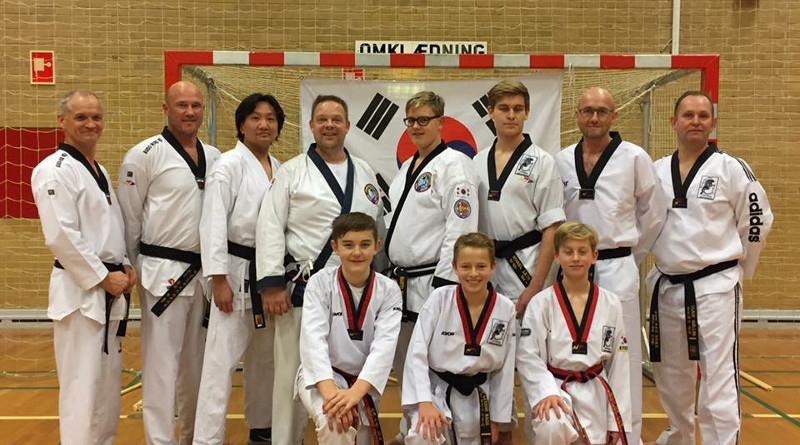 Kenneth’s foundation in martial arts is wide and counts WTF Taekwondo, Wing Chun, Capoeria, Tang Soo Do, and a little Kyokushin Karate. But his primary focus is Traditional Taekwondo, self-defense, and applications. His Taekwondo life dates back to 1983, where he was inspired after a show, hosted by a local Taekwondo club.

“My TKD life started back in 1983 after attending a show with Assens TKD club and others from “Fyn”. At that time, TKD in Denmark was still in rapid development and surrounded by a lot of mystery. Seeing a black belt kicking boards and bricks over was a bit impressive. In particular, I remember a situation where “Fumle” from Odense made 5 breakthroughs while he was blindfolded, followed by a flying Youpchagi jumping over 9 people.”

Inspired, Kenneth began his own journey. Where he soon found himself even more inspired and hooked, after his first meeting with Grandmaster Choi Kyoung An.

“After the show, I started in Assen’s Taekwondo club. My first meeting with Grandmaster Choi Kyuong An, just got me even more hooked. Being allowed to train under such a capacity and directly from the “source” is something special, that you take with you the rest of your life. The training sessions in the early 80’s were very different from today, which I know sounds like a cliché, but nevertheless, the approach was very different. There were not as many children as today and the training was often characterized by some form of hardness and physical challenge of the students.
My time in Assens (30 years) as a student at the start and later as an instructor and club leader, has always been with Sabumnim John Petersen and Grandmaster Choi as an inspiration and both have always been my mentors. Both are in my optics legends in Danish Taekwondo in each field. The time in Assens has always been characterized by John’s desire for realistic self-defense and Martial Art in focus. John is undoubtedly one of the best in self-defense instructors in this country and I have learned a lot from him.
When mentioning Grandmaster Choi, I can only say that he has created Taekwondo in Denmark in my opinion and therefore also my Taekwondo life. He stood for all my cup and Dan grades until my last one, which was under Grandmaster Momme Knutzen. He has always shown an incredible form of hardness with a loving approach to his students. His care for all his students is great and I have often had deep conversations with him regarding much more than just Taekwondo. It is also with great pride that I can call myself one of his students and owner of a Taekwondopassport with many of his Korean characters.”

Since his time in Assens TKD, Kenneth has contributed to starting the Taekwondo club in Glamsbjerg. Glamsbjerg Taekwondo has its roots in Assens, but 35 years in Taekwondo now means he has own interpretation and style.

“Today, I have my permanent affiliation to Glamsbjerg TKD (GLTK), which I have been a contributor to, in the early years of the club. The club has its roots from Assens TKD and, in my view, has maintained the culture of Assens. This is due not only to my person but to the people who have driven the club in all the years. Of course, I’ve also developed my own TKD style and interpretation of the sport throughout my 35 years in it.

The title as Sabumnim means that you can call yourself a Master, but in my opinion, it is much more than just the belt grade. You must also have some experience with Martial Art, but also from life. In my work at GLTK, I constantly try to give my students as much of my “TKD” as possible. TKD is not only a sport and competitions but also a lifestyle and personal development. My role is probably mostly a mentor for my students and I am constantly trying to develop them in the direction that suits them.” 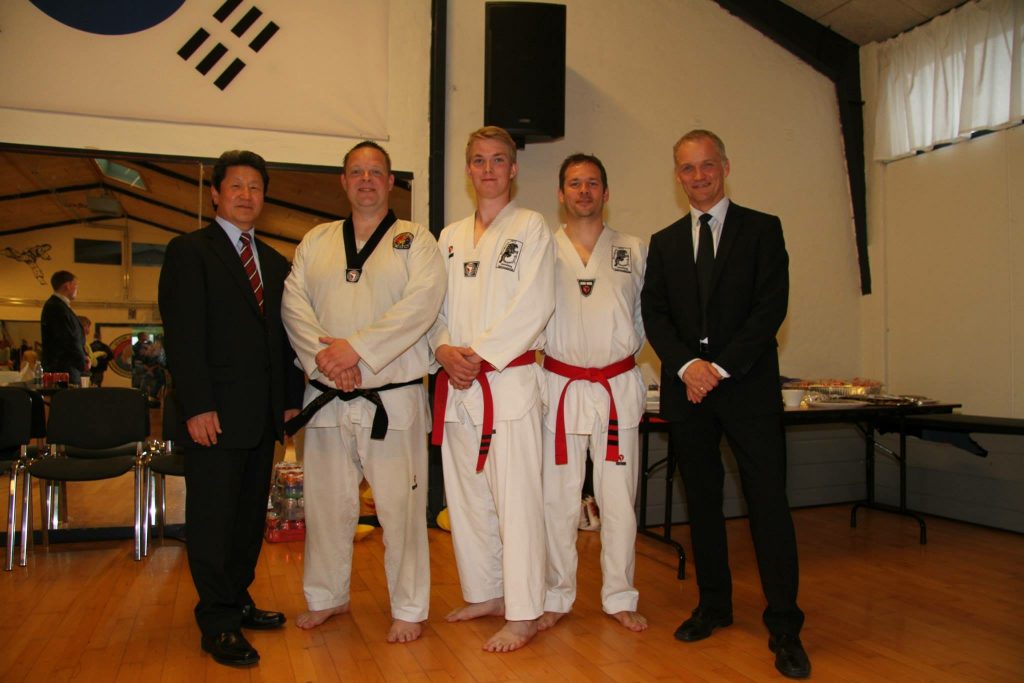 Kenneth doesn’t have a favorite part he can point out but sees himself more as an all-rounder who likes to involve every aspect of the sport.

“As such, I’ have no favorite part of TKD, because I really see myself more as an OK TKD craftsman. When we train in the club we often try to include every part TKD, which brings the students to all the areas of the sport/system. If I have to point out something it, would be self-defense and applications. Sparring never really “caught” me. I did try out sparring at the start but quickly realized that it was not for me (never lost a fight though). In my daily workout, I like to analyze the techniques in Taegeuk and Poomse to find new Applications. Analyzing what you do in relation to a technique ultimately gives the student insight into what works and why.”

Like many other black belts in Taekwondo, reaching exactly that goal also meant a great deal for Kenneth. Even though the grade itself, really doesn’t tell us that much. Especially because Kenneth been a black belt since 1989.

“One of my first big achievements, of course, is my 1st Dan. It stands for me as something very special. At that time, it was not all who could achieve a Dan grade. Everything over 1st Dan back then was almost unthinkable. 3rd and 4th Dan was something we only heard of but never seen in real life. Latest, of course, my 4th Dan under Grandmaster Momme Knutzen is also a milestone (took me 20 years from 3rd to 4th Dan). It was definitely Momme who got me started with the process, I wouldn’t have started it by myself. Belt grades have never really meant that much to me, but more what you are delivering and performing. The belt is just a symbol of where you are right now and where you may be heading. As a black belt since 1989, I have had many students through my hands. I have been fortunate that some of them have reached the black belt and developed themselves into super talented black belts, club leaders, and lovely people in general. I do not quite know how many black belts I’ve “made” over the years, but it’s been quite a few. It has been a pleasure to follow them all from the start and to the next phase. All in all, their achievements started with themselves, I have only shown them the direction and tried to turn on the light in their eyes.”

Taekwondo is a process, and as long as you are determined and willing to learn, there is a way to achieve and find new wisdom.

“My goals are to last for as long as possible and to continue to grow my knowledge and philosophy. Hopefully, there is a 5th Dan coming up sometime next year, but it is up to Grandmaster Momme Knutzen to decide.”

“TKD is truly a unique sport and an art at the same time. You can choose many ways in the system, and experience many phases in a Taekwondo life. This, I am a living proof of myself. To me, TKD is a port wine. It will only get better over the years if you just treat it properly. Too many in our sport may have forgotten themselves a bit, in the race for the next title or belt. Wearing the black belt or a belt, in general, requires great respect and humility. Unfortunately, I have met many through my 35 years within Taekwondo, who may never have understood the essence of martial art and the whole philosophy around it. Often young people see the black belt as the goal and thus the end. It’s completely wrong. If you take the word Shodan from Japanese that is associated with the black belt in Japanese systems, it means “beginning”. My learning is certainly not finished and I will continue until I can’t no more.”

Kenneth’s best advice, if you consider Taekwondo.
“My best advice is to throw yourself at it and keep humility for what you do. No matter what you do, Taekwondo or any other system.”